"You equate your understanding of your particular sectarian form of Catholic Christianity and its institutional expression with God's own truth primarily to justify your petty armchair popery…." Yep, that's what it's all about. 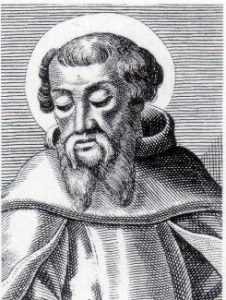 Irenaeus of Lyon, from Wikipedia

“Wherefore it is incumbent to obey the presbyters who are in the Church,—those who, as I have shown, possess the succession from the apostles; those who, together with the succession of the episcopate, have received the certain gift of truth, according to the good pleasure of the Father. But [it is also incumbent] to hold in suspicion others who depart from the primitive succession, and assemble themselves together in any place whatsoever, [looking upon them] either as heretics of perverse minds, or as schismatics puffed up and self-pleasing, or again as hypocrites, acting thus for the sake of lucre and vainglory. For all these have fallen from the truth.” (Against Heresies, Volume IV, chapter 26, paragraph 2; A.D. 180s)

3 thoughts on “Irenaeus of Lyons on self-made churches—non-denom and house?”